Decentralized Government: A Vision of a Better Democracy

Decentralized Government: A Vision of a Better Democracy 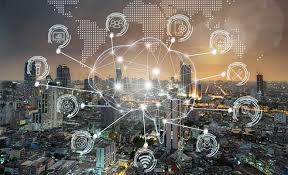 A Decentralized Government Systems(DGS) is a better democracy. The concept of only being able to make decisions every four years is not representative of a true democratic system. It is, in fact, equivalent to leave citizens with no decision-making power at all. True democracy involves ongoing participation and decision-making by citizens.

As we look around at the state of our world, it’s hard not to feel disillusioned with the political class that seems to rule over us with little accountability. We vote every four years, but it often feels like nothing changes. Corruption is rampant, and the environment is suffering due to the greed of large corporations.

But what if there was a solution to these problems? What if we could create a world where citizens have a real say in how society is run, rather than relying on politicians to make decisions for us? This is where the idea of a Decentralized Government System comes in.

A Decentralized Government System is based on blockchain technology and allows for a government to operate in a decentralized way. Instead of interacting with officials, citizens would have the power to challenge the decisions of local authorities through voting on various matters. This would greatly reduce corruption, as digitally signed documents would be transparent. It would also make government more efficient, as jobs like accounting and notary would be replaced by technology.

The internet has made decentralization a viable option for the first time in history. With the ability to access information and communicate easily, citizens are more informed than ever before and can use this knowledge to run their own society. Decentralization puts power permanently in the hands of the people, allowing them to make decisions and shape their own future through consensus and majority decision-making. It’s time to move beyond the illusion of democracy that only allows us to vote every four years and create a true decentralized system where citizens have a real say in how their society is run.

What would be the benefits of a Decentralized Government System?

A Decentralized Government System brings numerous benefits for society as a whole. By empowering citizens to have a direct say in the decision-making process and removing the intermediary of politicians, corruption is greatly reduced and government efficiency is increased. Additionally, the use of blockchain technology allows for a transparent and tamper-proof system of documentation. The following is a list of some of the key benefits of a Decentralized Government System:

Alexandru Panait had the opportunity to research this concept in the US, but unfortunately his health did not allow him to finish the paper. However, he believe it is important to share this idea, even in its unfinished form, to inspire others to think about the possibilities of a better democracy. So, here it is!